A bulk food recycling charity is expanding as it fights to reduce and reuse Auckland’s edible waste.

KiwiHarvest collects food from commercial food providers that would otherwise be thrown out and delivers it to charities, refuges and food banks across Auckland where it is turned into meals.

The charity began in a donated office, before moving to a temporary warehouse in Goodman Business Park in Ellerslie. It’s now relocated to its new permanent space in the car park of the business park. 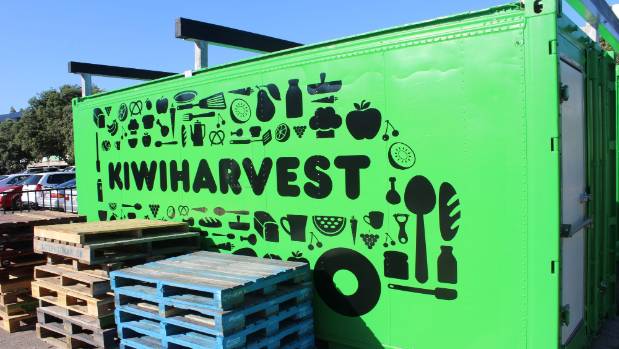 KiwiHarvest’s new fridge will enable meat and produce to be stored for longer than before.

Since 2015 KiwiHarvest collected 262 tonnes of food around Auckland, 70 per cent of which was fresh produce.

With the new facilities the charity could plan ahead and make food go further.

KiwiHarvest aimed to collect more than 360 tonnes of food this year.

The food it collects varied widely from passionfruit ice cream with not enough swirl to leftover steaks from butcher events.

When KiwiHarvest was given a specialty food like ricotta or aubergine they sent it to a destination with a chef.

Madill said there would be more containers coming – one for a professional kitchen and one for a permanent freezer.

The United Nation’s Food and Agriculture Organisation estimated 1.3 billion tonnes of food is wasted every year.

We are looking for a Deliverer of Goodness to join the team!